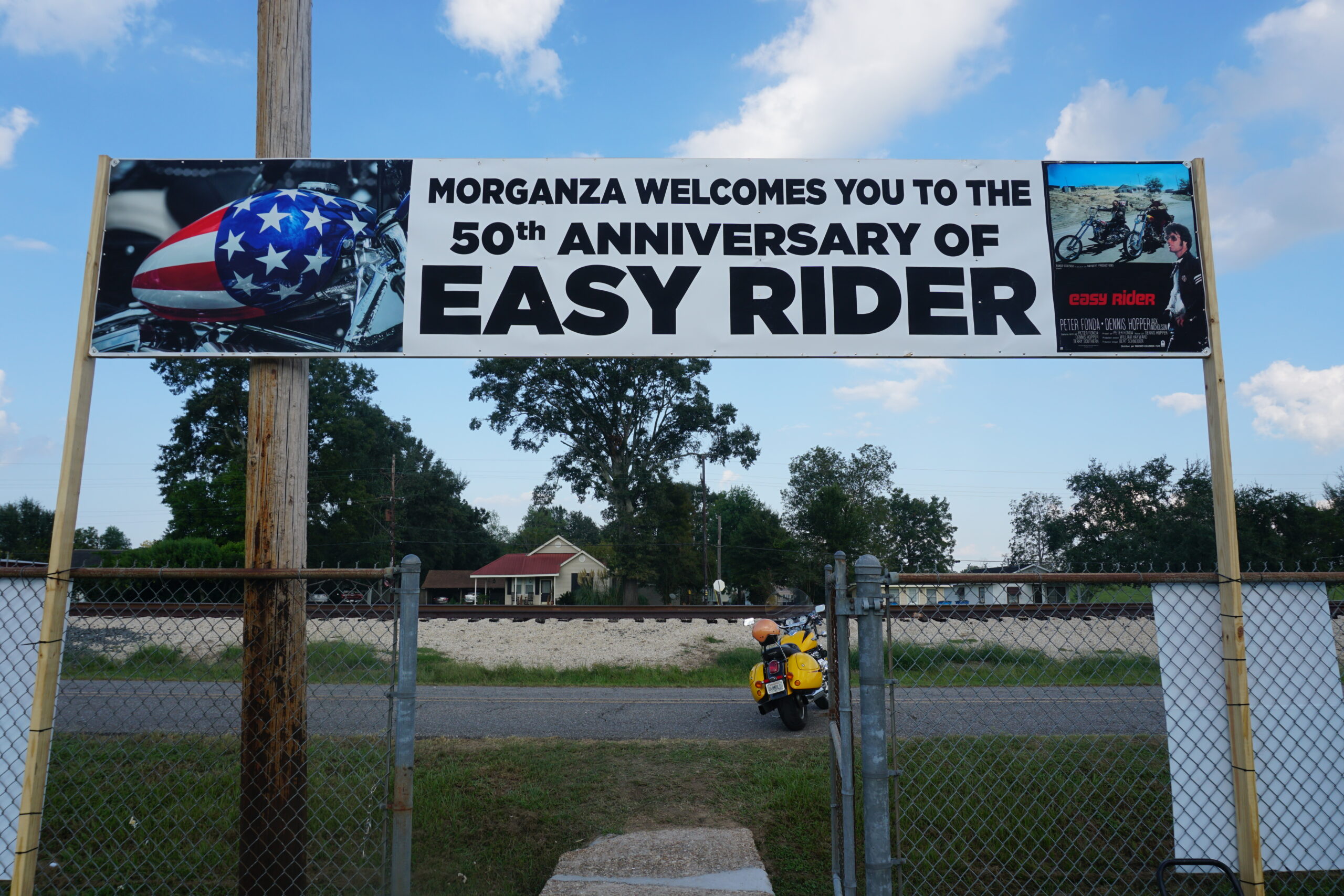 The Easy Rider 50th Anniversary in Morganza was made possible by the volunteer efforts of many Sicilians. Sicilians involvement in heritage goes beyond Sicilian Festivals. 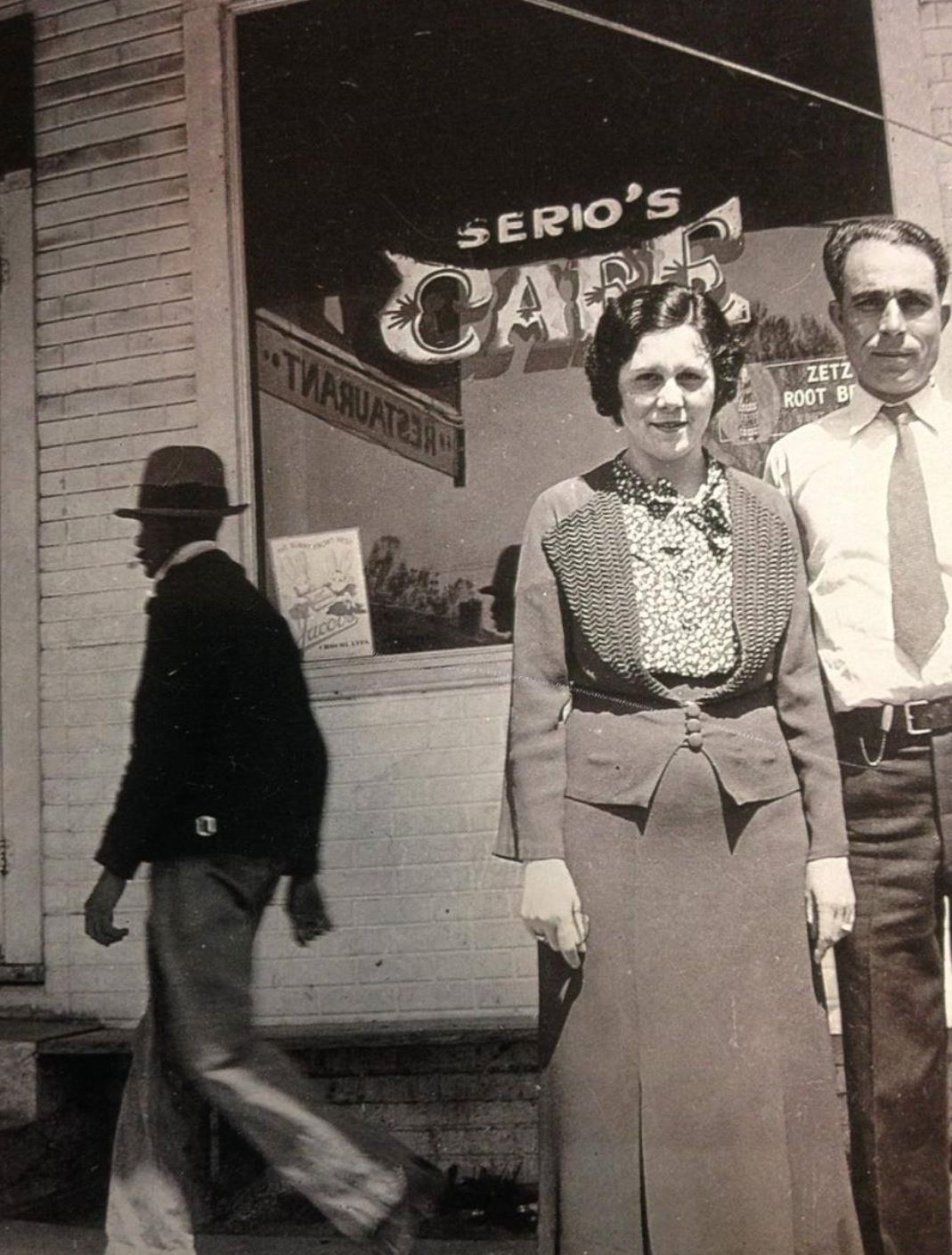 When you visit St. Ann Catholic Church in Morganza, Louisiana on St. Joseph Celebration Day, you get a true sense of tradition, in the mood of peace, joy and homage, along with the serenity of the day. It is obvious that there is love and much reverence for the patron saint, St. Joseph, The Protector, throughout the entire church congregation.  This year on Sunday, March 15 there will be a 10AM Sunday mass, with the blessing of the altar by Father Brent Maher, feeding of the ‘Holy Family, followed by a meatless meal for all in attendance.  Everyone is invited to attend!

The History of the Altar and the San Giuseppe Ladies

Before the mid-eighties, several small altars had been erected in homes and in church in Morganza to commemorate the Italian-Sicilian tradition, but finally by 1986-87 some of the Italian ladies, members of the St. Ann congregation, formed the group now known as the “San Giuseppe Ladies.” Their purpose: To carry on the devotion of their ancestors to St. Joseph. St. Joseph was the patron saint of Italy and was credited for interceding to God for the farmers and fishermen of the time so that their crops and catches would flourish to save them from the great droughts and famine. The people gave homage to him with offerings of bounty from their fields and streams.  Thus, the St. Ann “San Giuseppe Ladies” have continued to sponsor this tribute of the Old Country still today!

The first vision that comes to mind of this day is the beautiful altar that is composed each year of flowers, fruits, vegetables, cakes, cookies and other sweets, fish and relics that are reminiscent of St. Joseph and the Holy Family. Although many volunteers have assisted with construction of the altar in the past, one San Giuseppe Lady, Mrs. Marianna Serio Wells, with her husband Clarence “Woots” Wells, by her side, has taken responsibility for constructing the altar at St. Ann in the last few years.

According to Mrs. Wells, because of her Italian roots, she became interested in the San Giuseppe Ladies group at its inception. In the beginning, she served as a “go-for” to assist when she could, but as time has passed, her interest has spread to become more involved and much more passionate. Now, she solely designs and constructs the entire altar. She…“delights in carrying on the devotion of her ancestors to St. Joseph.”  There is “satisfaction for a job well done with the realization that more people have prayerful knowledge of the REAL meaning of the devotion to the Patron of Protection of the Family.”  This devotion is paramount in the Italian/Sicilian culture.  To completely finish this altar project, it is estimated that it takes about 2 weeks. But so many of the items on the altar have to be placed only hours before the mass begins that Sunday morning. Thus, time is always of the essence. As so many other volunteers do each year, Mrs. Wells has participated in fig cookie making and baking, “haystack baking,” stuffing small bags with blessed bread, a few cookies, and fava beans for good luck, along with a holy prayer card so that each attendee can receive one to take home. Basically, she has been involved in most of the traditional activities that make the day so special.

Opera in the Piazza of New Orleans 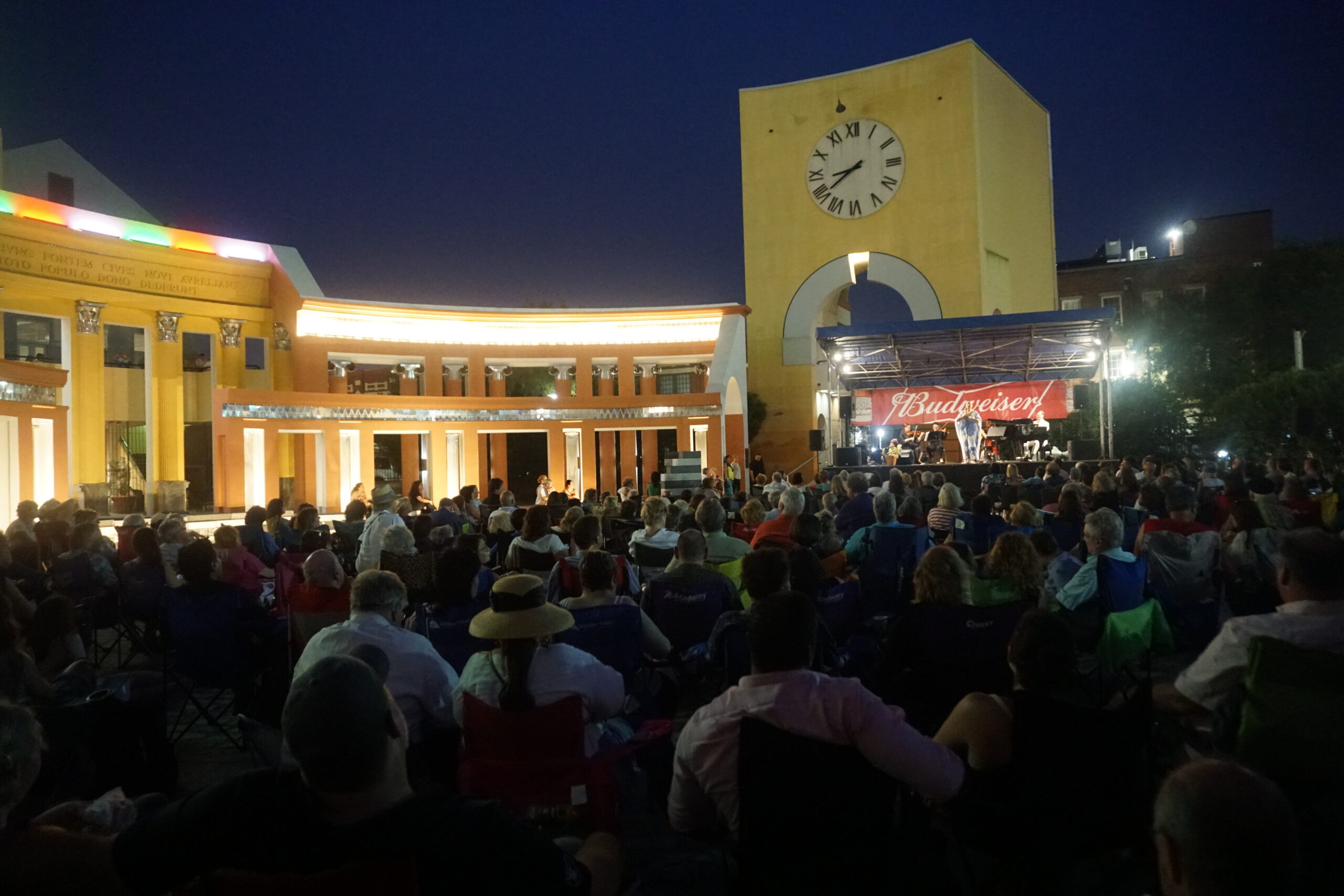 Link to Opera in the Piazza. 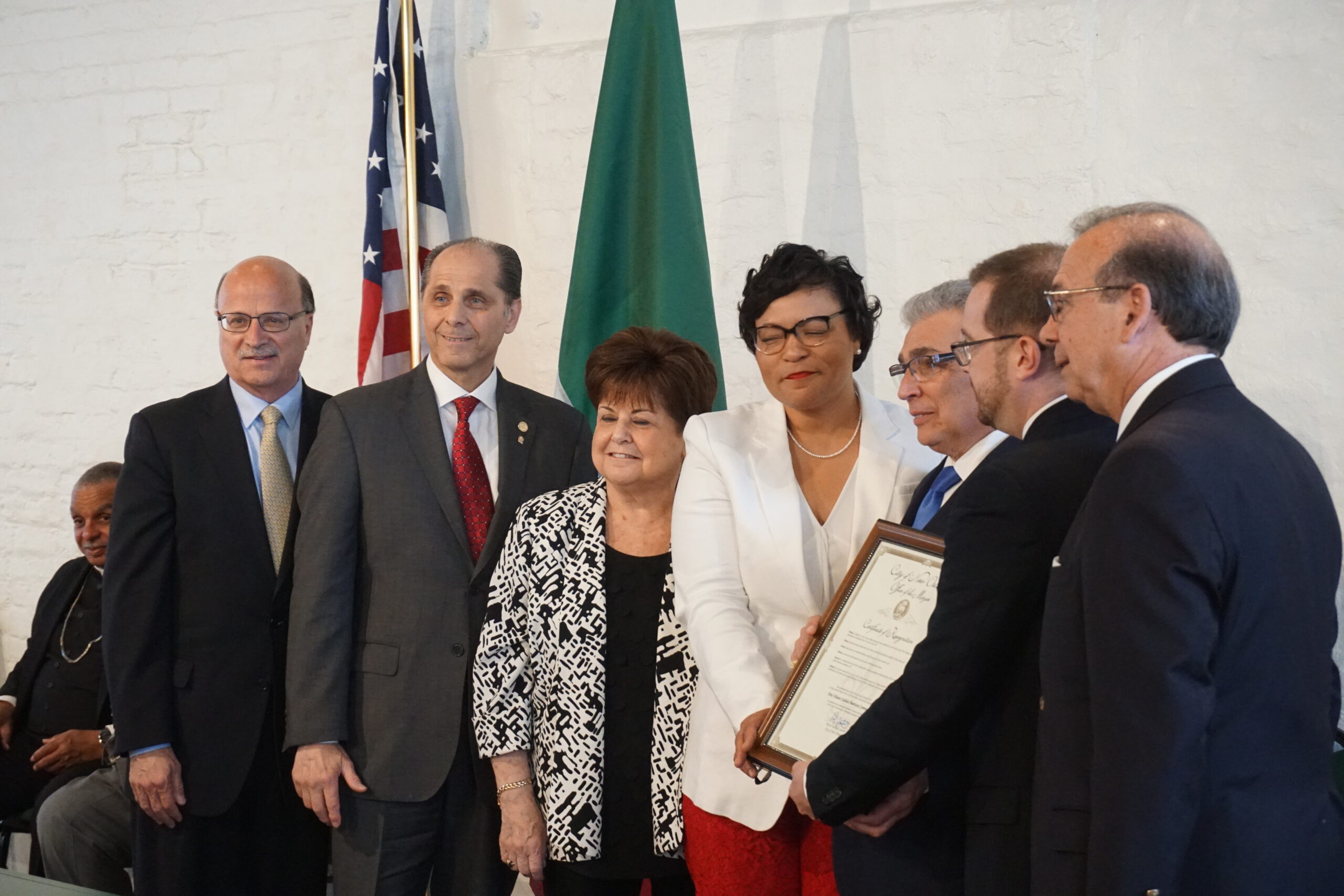 Mayor Cantrell recognized Sicilian and Italian Contributions to New Orleans and Louisiana in April 2019. To see the video visit this link. 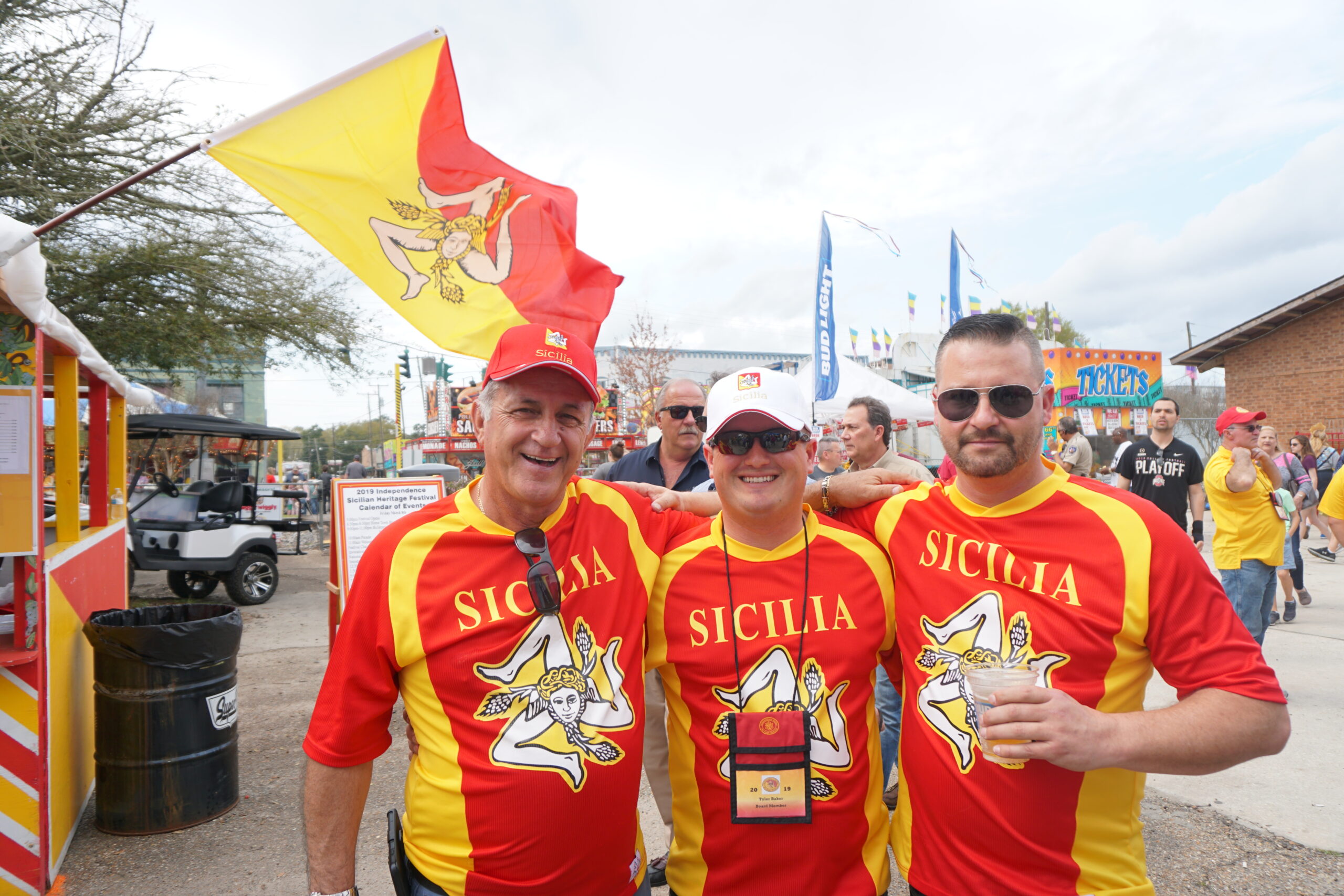 Sicilians in Independence Louisiana trace their history to the 1880s. Much like the New Orleans French Quarter, during the period 1885-1915 thousands of Sicilians migrated to Tangipahoa Parish to the railroad towns of Amite, Hammond, and Ponchatoula. The main crop was strawberries.

The first festival was held in 1972 and named “The Little Italy Festival.” In 2008 the name was changed to the “Sicilian Heritage Festival.” A major factor in the continuity of Sicilian Heritage is the orginal Mater Dolorosa Church, which is now the Italian Cultural Museum. Many artifacts have been donated. The Museum is open during the festival, which annually is the second weekend in March.

The Parade is March 14th, 2018 with line up @ 9:00 A.M.
The Parade Rolls @ 10:00 A.M. Line up will be behind Independence High School on Marretta St. west on Tiger Ave., cross the railroad tracks, turn right on Pine St. Continue to end of route at Mater Dolorosa Church. For more information contact: info@indysicilianfest.com

For more information on other events in Independence and the Museum visit the Independence Museum Web Site https://www.indymuseum.org/events.html 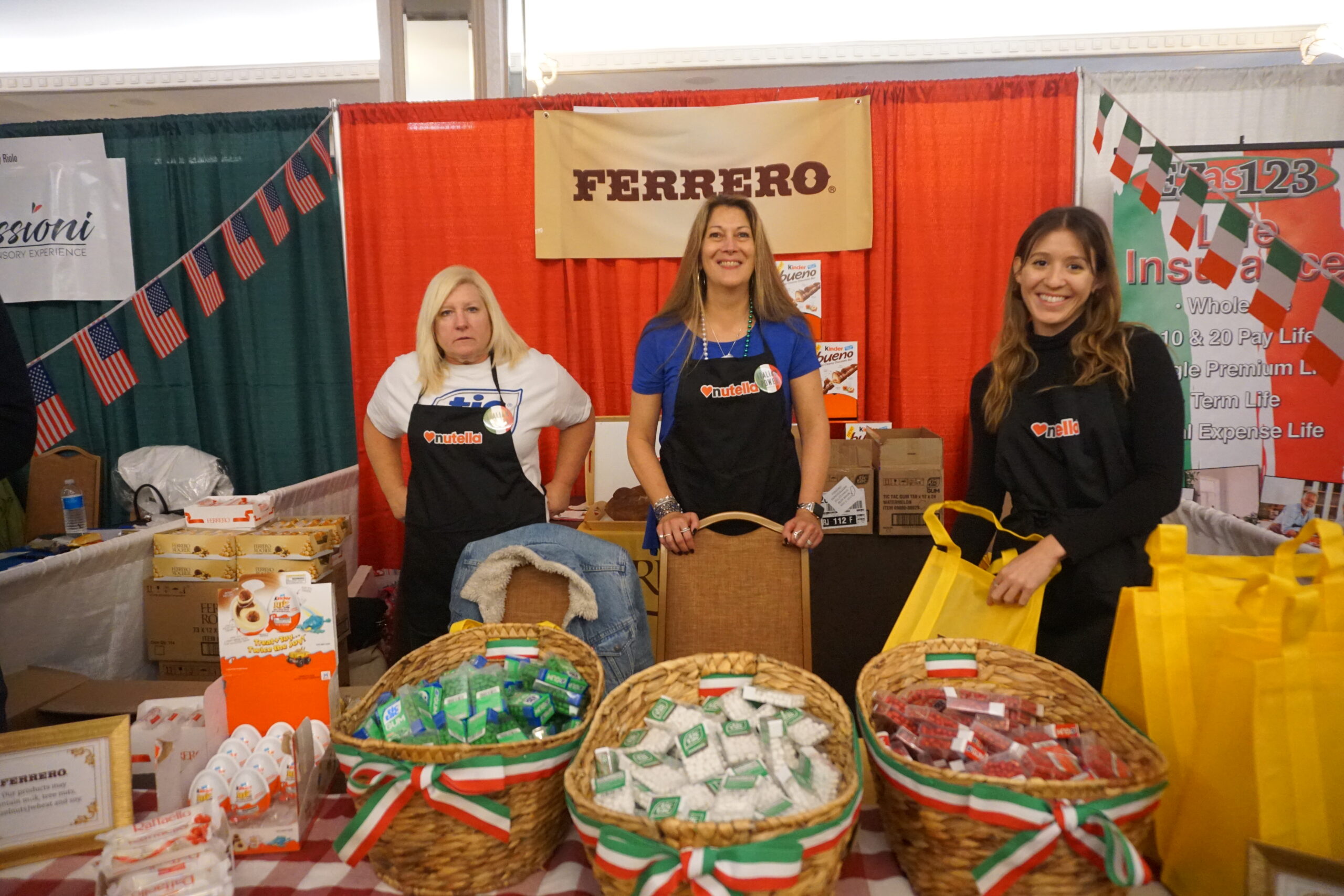 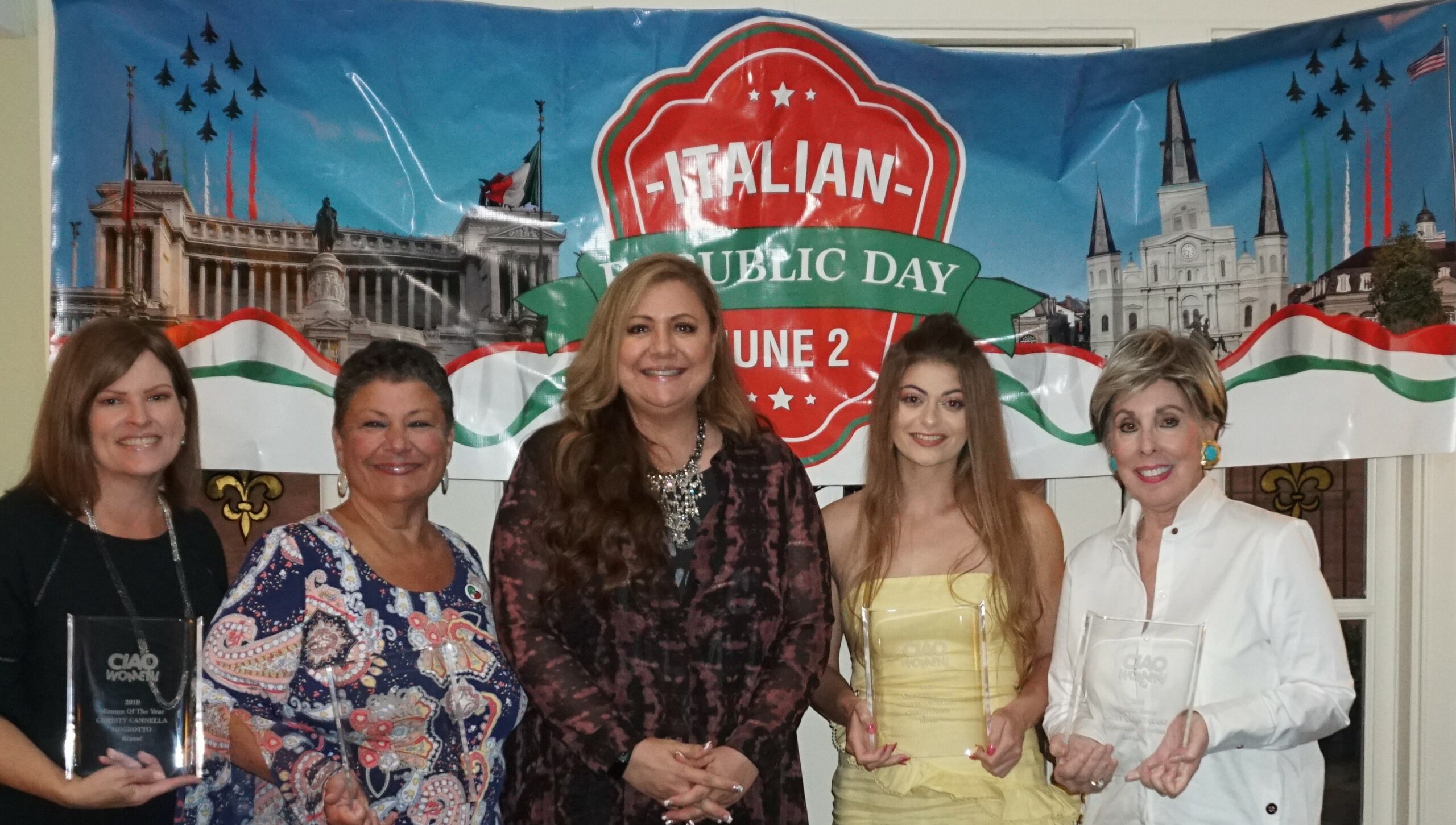 The day commemorates the institutional referendum held by universal suffrage in 1946, in which the Italian people were called to the polls to decide on the form of government, following the Second World War.

The ceremonial of the event organized in Rome includes the deposition of a laurel wreath as a tribute to the Unknown Soldier at the Altare della Patria by the President of the Italian Republic and a military parade along Via dei Fori Imperiali in Rome. 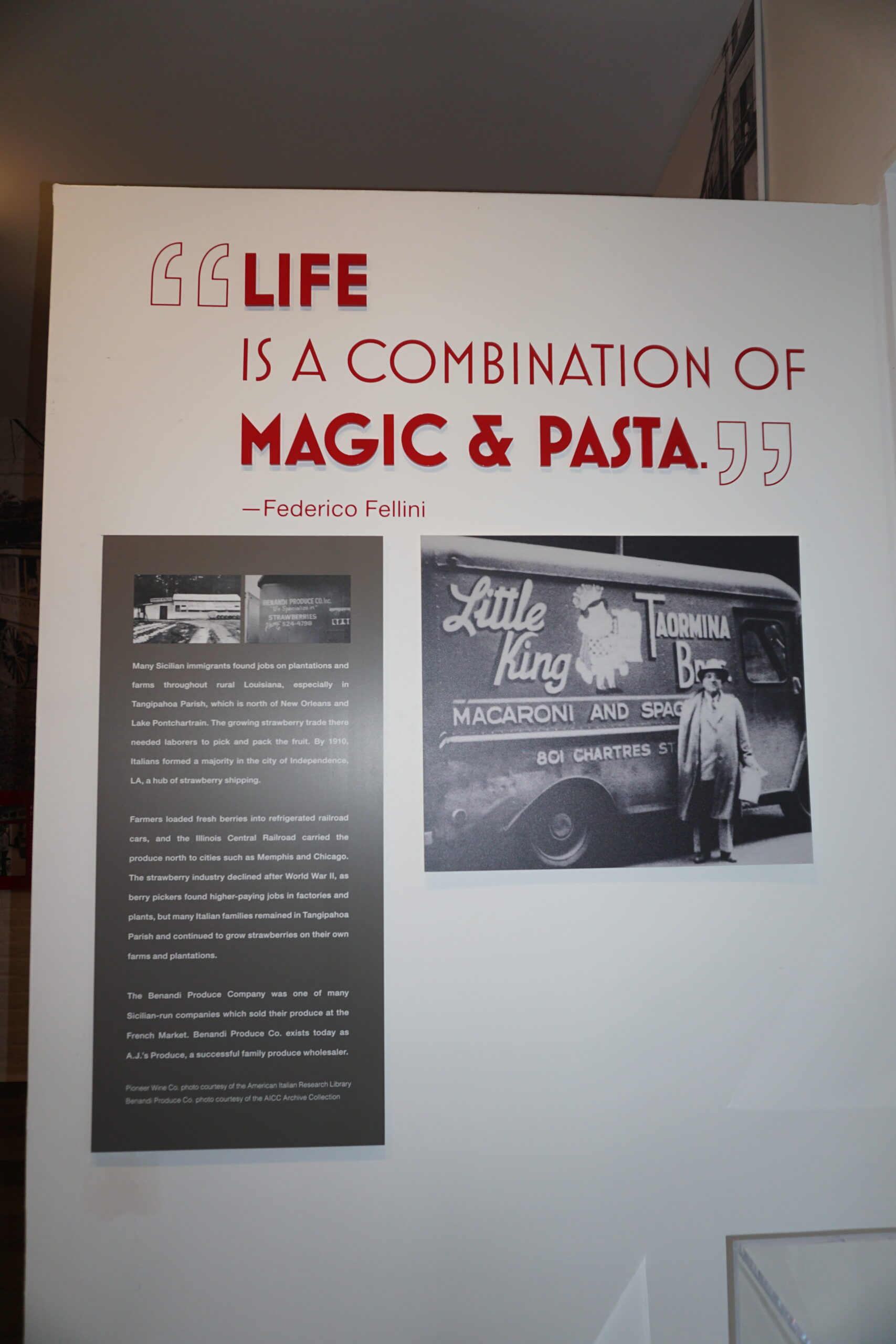 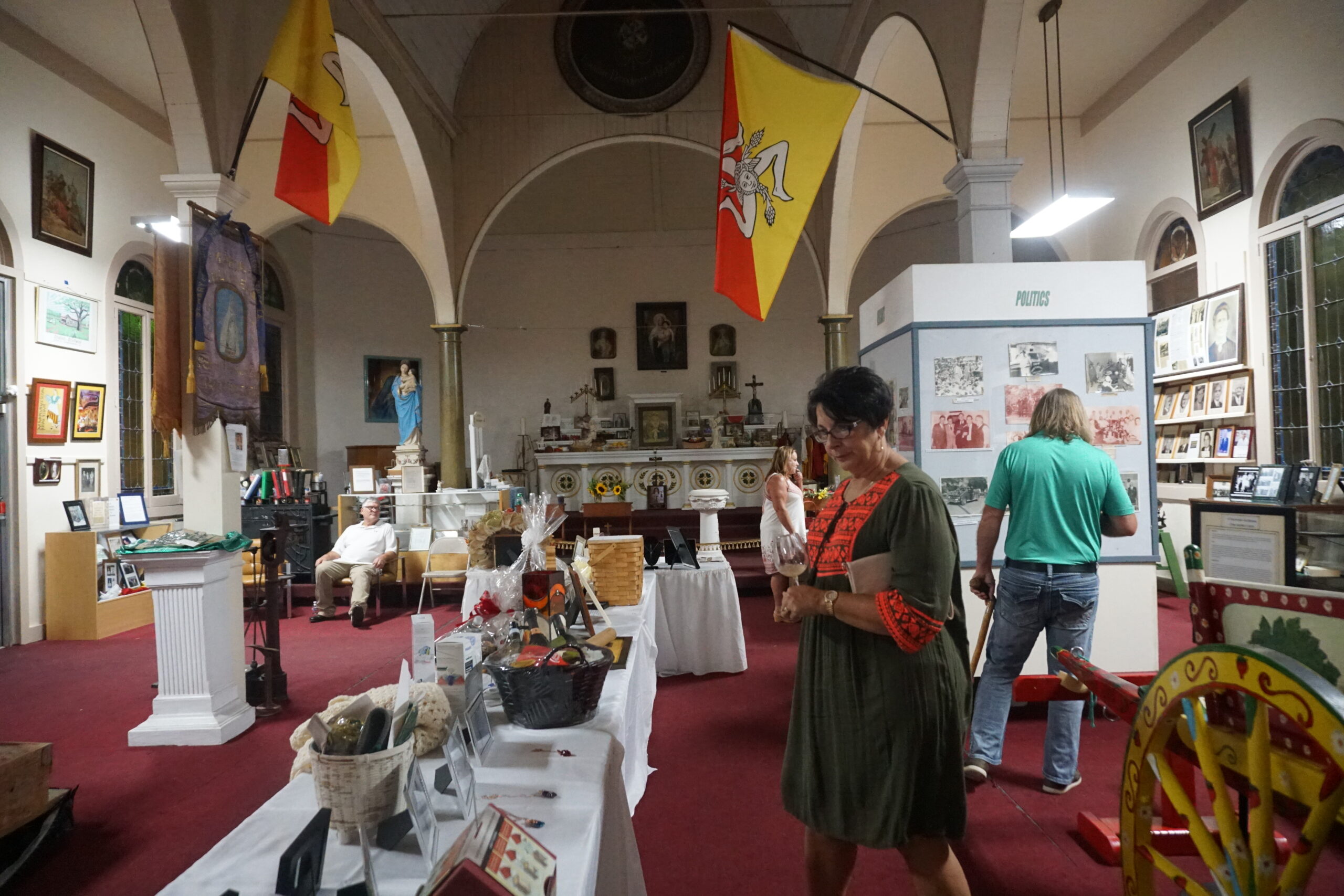 The Independence Italian Cultural Museum held its 2nd Annual “A Night in Little Italy Under the Stars/Sotto le Stelle” fundraiser gala of Sicilian-Italian cuisine and Sicilian-Italian live music on Saturday, Sept. 28 at 6 p.m. Proceeds will pay for much needed repairs to the museum such as stucco repair, painting the interior, electrical and lighting upgrades. 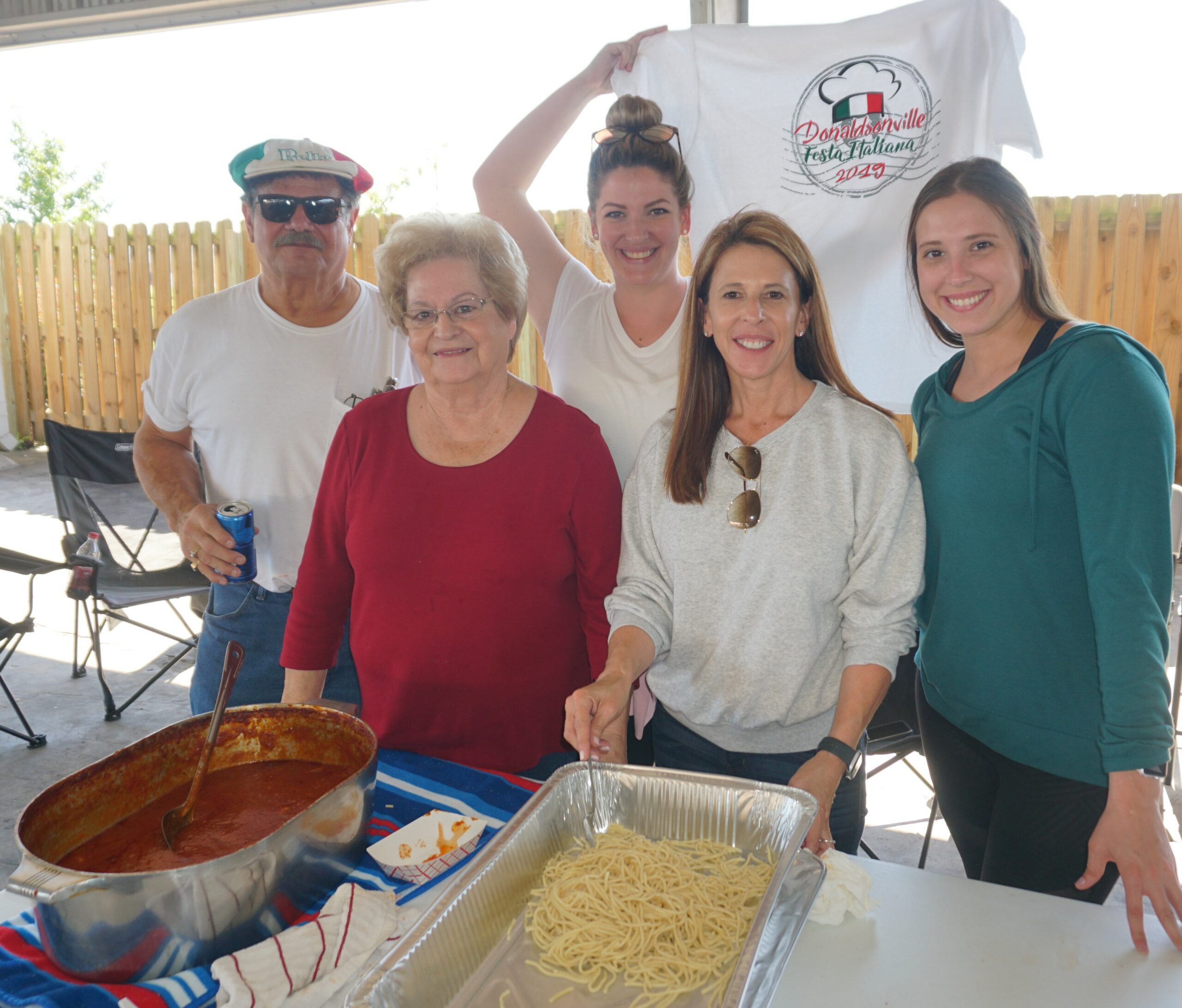 The festival included live music, a spaghetti cooking competition, vendor booths, and a historical display focusing on the Italian heritage of local families.

Common current Donaldsonville surnames like Sotile, Falsetta, and Pizzolato serve as an ingrained aspect of the area’s Italian influence.

The first Donaldsonville Festa Italiana, held Saturday at the Frank Sotile Pavilion, reveled in the cultural impact Italian immigrants and their descendants have made over many decades in the area.

The festival included live music, a spaghetti cooking competition, vendor booths, and a historical display focusing on the Italian heritage of local families. Chuck Montero served as disc jockey in the earlier portion of the event, and King PaKaYea’ Band performed later in the evening.