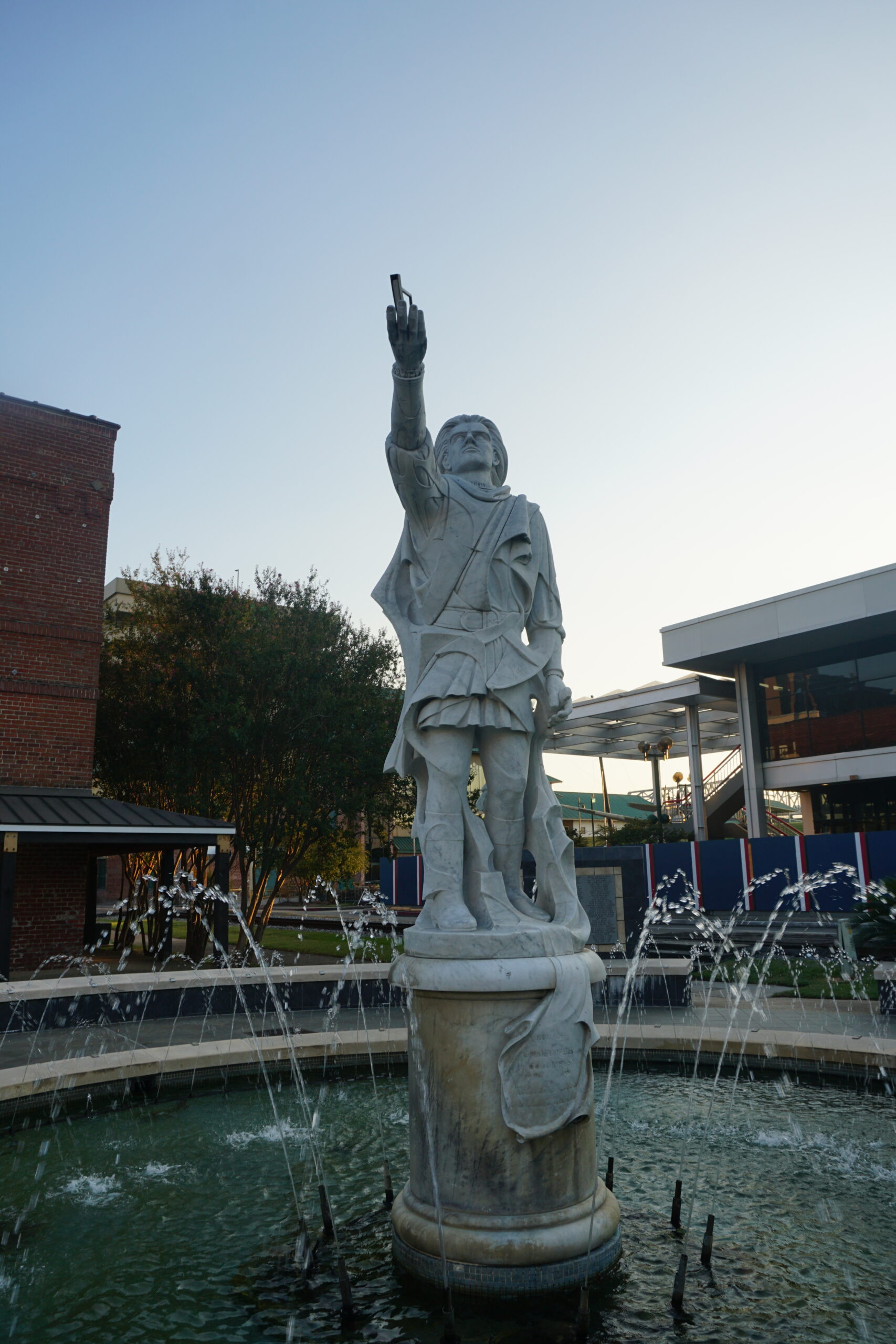 The 2,180 word opinion by Brent Staples titled “How Italians became ‘White’“ is 30% truth, 30% false, and leaves out 40% of the pertinent facts.  In his closing paragraphs Mr. Staples writes: “… the full-blown Columbus myth was yet to come.” The second to last paragraph opens with “Facts aside.” His closing words are “highly politicized myth making.”

Several readers have asked us to comment on the article.  Staples opens with his theory of Italian immigrants seeking to become “white.” That is incorrect, Italians sought to become “Americans.”

Staples concludes with the concept that Italian Immigrants “piles myth upon myth” and ‘rewrote history by casting Columbus as “the first immigrant” to our become Americans. He describes this myth: “that Columbus “discovered” a continent that was already inhabited by Native Americans.”

American-Italians provided centuries of hard work for America and philanthropy to America. We became part of the fabric of America.  That is the secret to our success and how we became accepted by other cultures with greater numbers in America.

Omitting the 1792 Celebration, President FDR’s role in Columbus Day, and other Recognitions

Staples makes no mention of President Franklin Delano Roosevelt and Congress declaring Columbus Day in 1937 to recognize the patriotic and philanthropic deeds of the Knights of Columbus and Generoso Pope of New York.

In 1812, Columbus Ohio was founded to honor the explorer Christopher Columbus. Today the Columbus Zoo is revered throughout the world.

During the 1850s, Genoese immigrants, some of whom had settled along the Sierra foothills in California, took up the holiday. Italian-Americans in San Francisco have celebrated Columbus Day since 1869.

In 1892, teachers, preachers, poets and politicians utilized Columbus Day’s patriotic rituals to advocate the importance of loyalty to the nation and to celebrate American social and economic progress. It was in 1892, that a Francis Bellamy, a teacher wrote the Pledge of Allegiance.  The Pledge we say today, is very similar to a desegregation chant PGT Beauregard drafted in 1873 for the Unification Movement of Louisiana. Beauregard was 25% Italian.

Staples writes: “that President Benjamin Harrison proclaimed it as a one-time national celebration in 1892.”  How could any President give orders to only celebrate anything “one time,” especially when Americans were already celebrating Columbus and Columbus Day for over 100 years.  If this is the case, then only a year later American’s violated Harrison’s decree with President FDR making that violation permanent.

Dedication ceremonies for The World Fair: Columbian Exposition also known as the Chicago World’s Fair and Chicago Columbian Exposition were held on October 21, 1892. The centerpiece of the Fair was the large water pool which represented the long voyage Columbus took to the New World. The Fair opened in May 1893 with “Columbus and the Discovery of America” serving as a major theme.  Chicago won the right to the Exposition over many other cities.

Over 160 years later, Construction began on the Space Shuttle Columbia in 1975. Columbia served for over 22 years, it completed 27 missions before disintegrating during re-entry near the end of its 28th mission, STS-107 on February 1, 2003, resulting in the deaths of all seven crew members.  Explorers for five hundred years have looked back to the orginal journey of Christopher Columbus in 1492.

In 1937, FDR and Congress decided to honor the work of the Knights of Columbus by establishing Columbus Day as a national holiday.  The KofC works included taking care of widows since the 1882, building warming huts for troops behind enemy lines in World War I, and working to reduce racism by publishing the books The Gift of Black Folk, by W. E. B. Du Bois, The Jews in the Making of America by George Cohen, and The Germans in the Making of America by Frederick Schrader. W.E.B. Du Bois was the co-founder of the NAACP.

In the 1920s, the Knights took on the KKK, which opposed Catholics. The 1920s are seen by many as the worst period of race relations in America. In 2018 the Knights donated approximately $180 Million dollars and 75 million service hours.  Few who write editorials about Columbus Day are willing to include this part of the history in their opinion pieces.

Our research comes up with the following facts.  Italians were happy to work the plantations and realized that within four years, they could save enough to leave the plantation, buy land, and open a business. Italians were willing to unload ships at the docks of New Orleans for lower costs that competitors, this led to tension on the docks during a strike by others for higher wages. The Italians kept working.

By 1920 Italians owned 50% of all grocery stores in Louisiana. The Sicilians introduced and imported lemons, mandarin oranges, and pasta to America.  By the 1890s, Americans had fallen in love with pasta. When the Dingley Tariff Act of 1897 placed high tariffs on importing pasta, Sicilians responded with opening eleven pasta factories in the French Quarter.  During this era, Progresso Soups and Luxury Pasta were started in New Orleans by entrepreneurial Sicilians and Italians.

In 1915, Jass Musician Nick Larocca was hired from New Orleans to play in Chicago. Larocca’s Orginal Dixieland Jass Band went to New York in 1916. From there the name on his albums changed to JASZ and finally to JAZZ. In 1917, The Orginal Dixieland Jass Band recorded the “Liverly Stable Blues,” which sold over 1,000,000 copies.  Nick Larocca’s dad had brought his coronet with him when he migrated from Salaparuta Sicily in the 1880s.

The coronet had been invented in France in the 1830s and became the centerpiece of the “Sicilian Sound” during the post-unification era of Italy which started in 1861.  Thus by 1920, word was out in America to visit New Orleans for food and music in an area now known as “Little Palermo.” Two decades after Nick Larocca, Louis Prima went to New York and the “Swing Era” was born. From there Prima was a key player in establishing Las Vegas in the 1950s.

Even as far back as 1804, when Salvador Catalano of Palermo Sicily became America’s first international War Hero when he piloted the ship of Stephen Decatur into Tripoli during the Barbary Coast War. President Thomas Jefferson rewarded Catalano with U S Citizenship. By 1809 Catalano had the position of Master of Sails and held it until 1846. Catalano married Martha Cabery, the sister of Washington D.C. Mayor Thomas Cabery.

Salvador Catalano and Stephen Decatur’s efforts of 1804 invite more analysis as to the purpose of Columbus journey. One ‘myth” is Columbus’ had the orginal idea the world was round, when others thought the world was flat.  Columbus main motivation in sailing West was the piracy of the Barbary Coast Pirates of North Africa, who captured cargo and made slaves of sailors. Columbus was on a ship that was attacked and sunk in 1476 by pirates.

From 1450 to 1800 it is estimated that over 1,200,000 civilians of southern Europe were captured by Barbary Coast Pirates and sold into slavery. On September 8, 1762 pirates from Tunisia captured the whole Sicilian Town of Ustica and sold the residents into slavery.

Thus, for many Columbus became the inspiration for their desire to explore.

In New York, Columbus Circle was erected in 1892 to display the commitment to America of Italian Americans.  To this day, a wreath is laid at the statue every year in honor of those lynched in 1891. In 2019 during a ceremony, Mayor Latoya Cantrell of New Orleans apologized for the lynching, which involved then Mayor Shakspeare.

During the 2019 ceremony in New Orleans, Honorary Consul Frank Maselli stated that Italians had long ago forgiven those that did the lynching and that today, Italians do business with the descendants of those that were involved in the lynching of 1891.  Forgiveness, not myth, is how Italians became Americans.

Italians even forgive the New York Times, which wrote on March 15, 1891. “CHIEF HENNESSY AVENGED; ELEVEN OF HIS ITALIAN ASSASSINS LYNCHED BY A MOB. AN UPRISING OF INDIGNANT CITIZENS IN NEW-ORLEANS — THE PRISON DOORS FORCED AND THE ITALIAN MURDERERS SHOT DOWN.”  However, when asked in 2019, the New York Times refused to apologize for this headline.

Our information comes from extensive research. We have developed a free Tour App called “New Orleans Insider Tours, Little Palermo” for 50 stops in New Orleans plus eight 30-minute playlists of video on the Sicilian Migration to Louisiana posted on the You Tube Channel “AWE News.” Topics include the 1891 Lynching plus the contributions of Italians to American in sports, farm produce, military service, business, entertainment, health, and philanthropy.

In New Orleans and Baton Rouge Louisiana, during the 1990s Italians and Sicilians erected two monuments along the Mississippi River. Both were sculptured by Franco Alessandrini. One is of Christopher Columbus and one is to all immigrants.  Tourists take pictures in front of these monuments all day long, at times they are immigrants with the same hope that Italians and Sicilians had during their migration to America during the 1800s and early 1900s.

As a planet and civilization, we have been evolving since the beginning of time.  Today most have better concepts that 1492.  In other parts, including America, Human Trafficking and Modern-Day Slavery still exist.  We can look to the Italian Freedom Fighter and Liberator General Giuseppe Garibaldi who in the Fall of 1861 advised President Abraham Lincoln to make the war in America a noble cause to end slavery as opposed to Free Trade and States Rights issues which sparked the conflict.

At some point America should honor Giuseppe Garibaldi for that advise.

American Federation of the Southeast