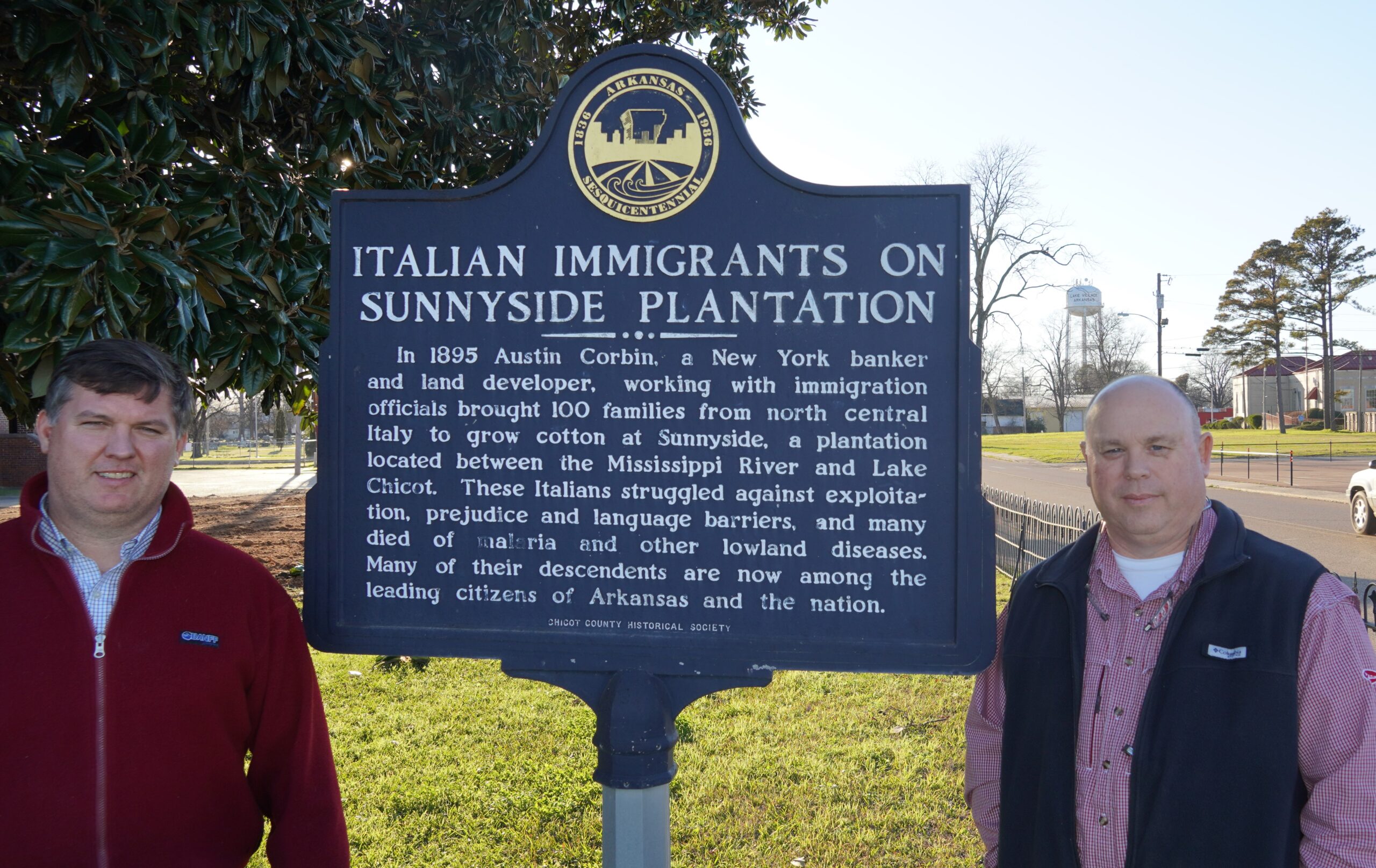 By 1886, it was acquired by New York banker Austin Corbin as repayment of debt incurred by Calhoun.

With the help of Emanuele Ruspoli, 1st Prince of Poggio Suasa, who served as the Mayor of Rome from 1892 to 1899, Corbin brought Italian immigrants led by Pietro Bandini to work on the plantation. The immigrants came from Marche, Emilia and Veneto, setting sail from Genoa and arriving in New Orleans, Louisiana. They lived in a house on their own twelve-and-a-half acre lots of cotton, which they were obligated to pay back over the next twenty years, with an annual rate of five percent. Each immigrant picked the cotton on his own lot, which Corbin agreed to purchase. When Corbin died in 1896, many Italians stayed on the plantation. Moreover, Prince Ruspoli visited the plantation in 1896.

In December 1898, Corbin’s heirs leased the plantation to Hamilton R. Hawkins, Orlando B. Crittenden, Morris Rosenstock, and Leroy Percy. However, the businessmen were accused of “peonage”.[10] In 1907, after hearing many complaints from immigrants, Edmondo Mayor des Planches, the Italian Ambassador to the United States, visited the plantation.[9] As he explained in his 1913 report, Attraverso gli Stati Uniti per L’Emigrazione Italiana, he was unimpressed by Percy’s rosy rewriting of reality.[9]

Shortly after, Mary Grace Quackenbos, an attorney with the United States Department of Justice, visited the plantation to look into repeated reports of peonage. In her report, she agreed that it was practised, and added that only prosecution could put an end to it.

Today over 1,000,000 American-Italians can claim a connection to Sunnyside Plantation.