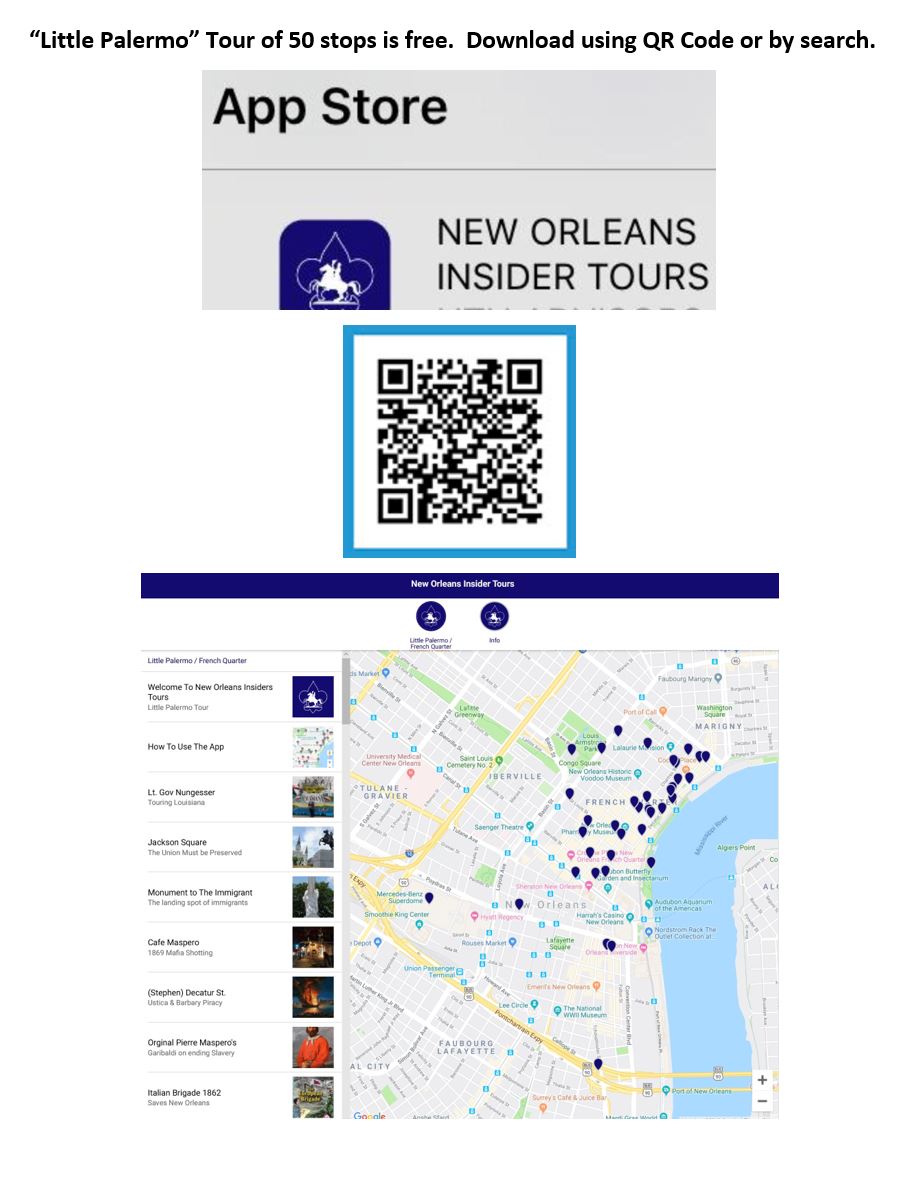 Each spot has GPS, photos, audio, and text. Many spots have video interviews with the chef, sculptor, or other person connected to the site.

Numerous antidotes about the Sicilian Migration are told in the App. Examples: The first individual cocktail in America was made in New Orleans at the Jewel of the South Bar by Joseph Santini. A new bar has opened in honor of maker, where you can have that drink.

During the Civil War in April 1862, for seven days as the Confederates left and the Union Army had not yet arrived, The Mayor turned to The Italian Brigade to act as policemen and save New Orleans from looting and burning as was the case in Algiers.

After the Dingley Tarriff of 1897 was passed on importing pasta, elevan pasta factories opened in the French Quarter.

In April 1862. A Sicilian was the pilot of 1804 War Hero Capt. Stephen Decatur’s ship that sailed into Tripoli during the First Barbary Coast War.

The app can be downloaded by a QR Code. It is part of ten tours offered by New Orleans Insider Tours.