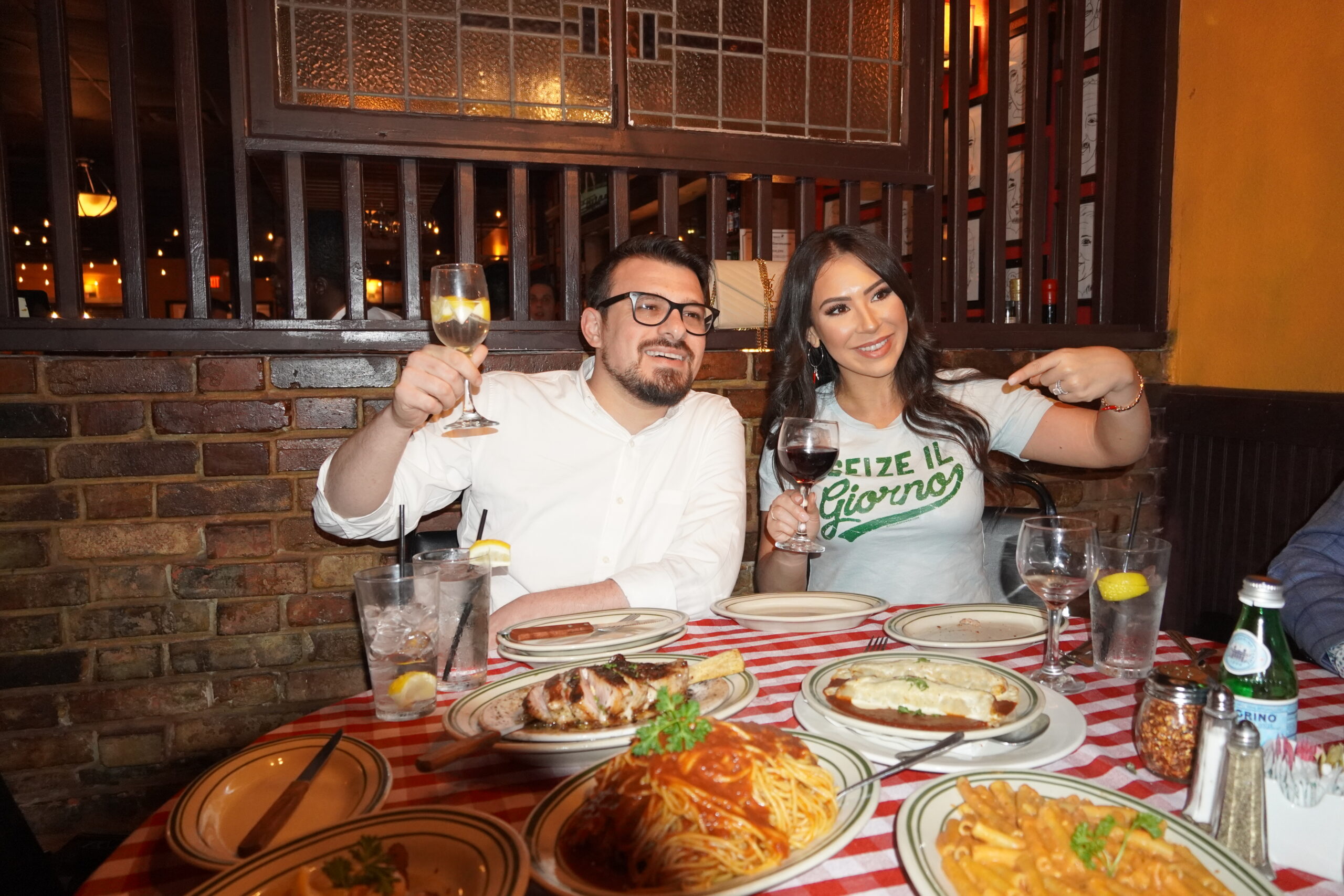 John Viola and Rossella Rago of the Italian American Podcast spent the weekend in New Orleans as part of the St. Joseph’s Society Marching Club’s events.

Friday started with the 50th annual pasta celebration, which is 500lbs of pasta. Since 2006 the pasta has been prepared by Chef David Grecco.

For 2020 Italian American Podcast filmed the places to experience the Sicilian Migration to New Orleans. John and Rosella started Saturday at the Jazz Museum, which has an exhibit for Louis Prima during 2019-2021.

Outside the Jazz Museum is the first of several planned markers on the Sicilian Migration to New Orleans. On the markers is an free App of Sicilian points of interest in the French Quarter. John downloaded the APP to his phone via the QR Code.

Next stop was the site of the 1891 lynching of eleven Italians by a mob.