On May 11, 1860 General Giuseppe Garibaldi landed in Sicily with Major Wheat and 1,000 men. Their mission was to unify Italy as France had just taken Nice from the Kingdom of Savoy and Austria had its sights set on taking Venice. John Viola explains in this video.

After crossing Sicily and heading onto the boot of Italy, Garibaldi finished his campaign in Abruzzo on March 17, 1861. At this point in time lower Italy and Sicily were part of The Kingdom of the Two Sicilies.

In 2019 Charles Marsala approached Chef Andrea Apuzzo to substitute Alligator for Veal Marsala. The result was a delicious new Cajun-Italian dish served for the first time the night before Mayor LaToya Cantrell apologized for the 1891 lynching of eleven Italians.

Major Wheat returned to New Orleans to found the Fighting Tigers Battalion, which is honored today by LSU’s mascot. 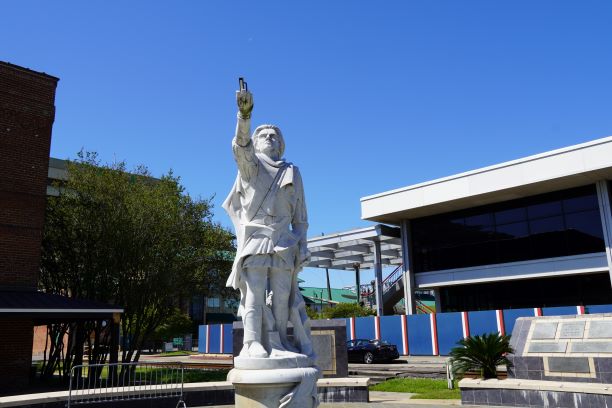