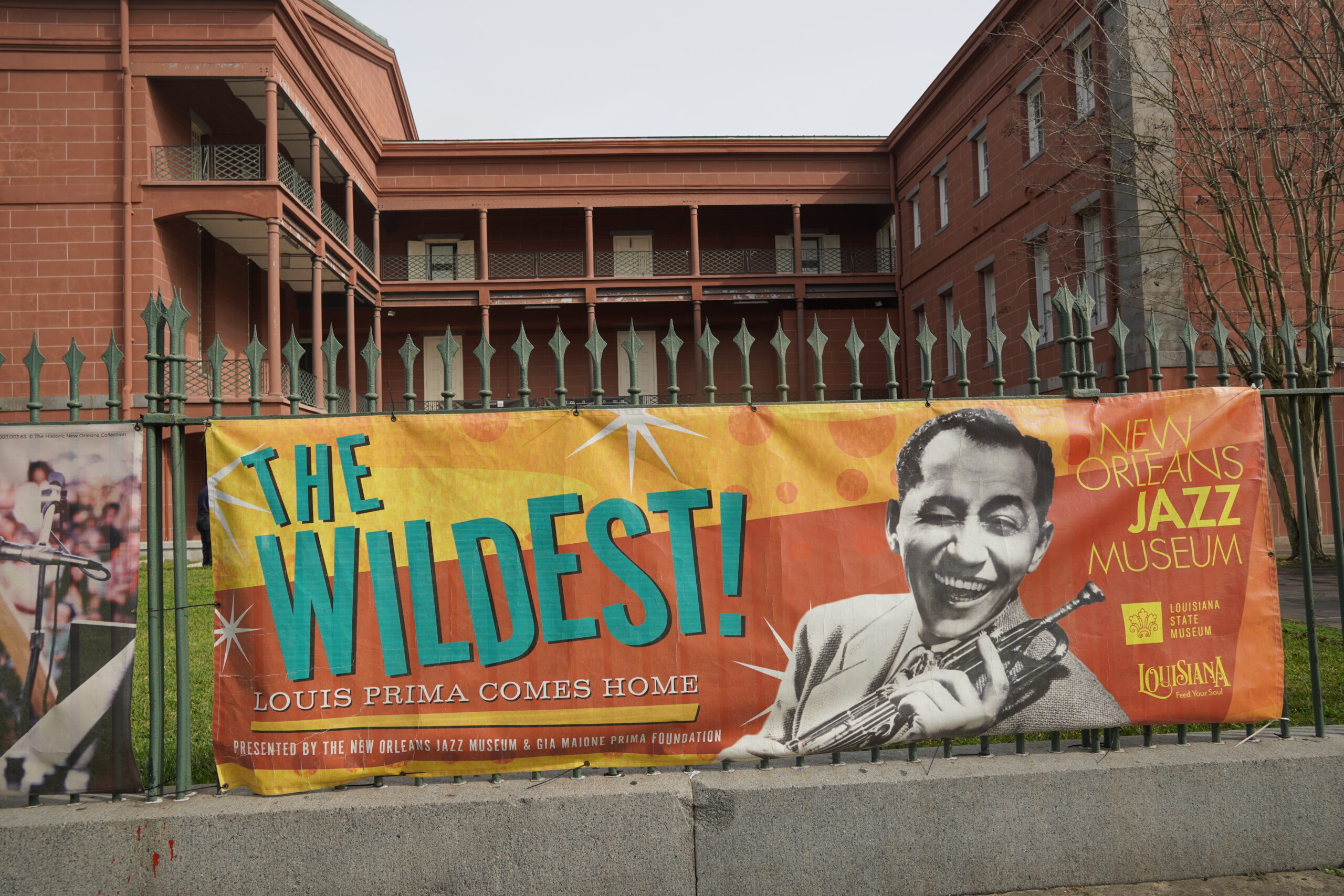 Louis Leo Prima was born on December 7, 1910. He was an American singer, actor, songwriter, bandleader, and trumpeter. Prima touched on various genres throughout his career: he formed a seven-piece New Orleans-style jazz band in the late 1920s, fronted a swing combo in the 1930s and a big band group in the 1940s. He was one of the opening acts in Las Vegas in the 1950s.

Prima made prominent use of Italian music and language in his songs, blending elements of his Italian identity with jazz and swing music. At a time when “ethnic” musicians were often discouraged from openly stressing their ethnicity, Prima’s conspicuous embrace of his Sicilian ethnicity opened the doors for other Italian-American and “ethnic” American musicians to display their ethnic roots.

His daughter Lena, who performed internationally, was interviewed at the Saenger Theater about her father.