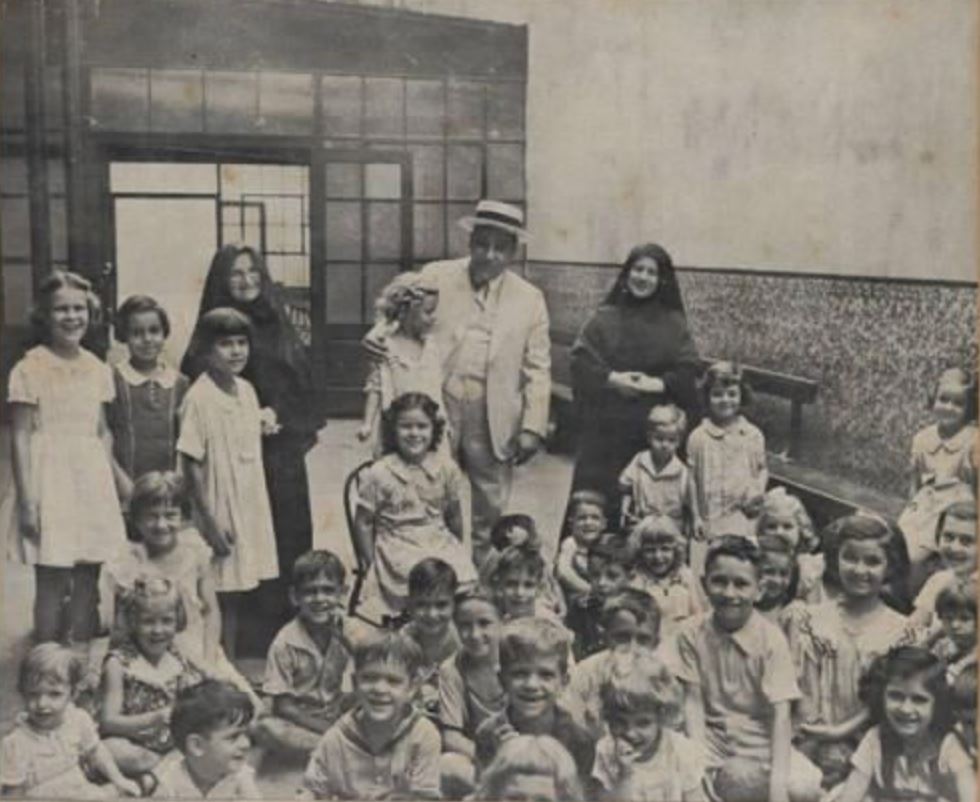 At the age of 40, when Mother Cabrini crossed the ocean for the first time to begin her work in America, she was penniless, alone, and couldn’t speak English. Without doubting herself, she pioneered the building of schools, hospitals, clinics, and orphanages. She was not satisfied with simply establishing the facilities, so she dedicated her life to working in them.

Mother Cabrini once said, “The greatest heritage to a girl is a good education.” Her story is told by Sister Renee Kittelson.

In her schools, intellectual interests were cultivated, which prepared the girls for intelligent civic and social activities. Education in the necessary, the useful, and the beautiful was offered to them, completing the whole student academically and aesthetically.

In 1892, she opened her first New Orleans Orphanage on St. Phillip Street in the French Quarter. This was during the Yellow Fever epidemics of New Orleans and one year after the lynching of 1891.

In 1905 she built the Sacred Heart Orphan Asylum at 3400 Esplanade Avenue. In 1959 the buildings of her orphanage were reborn as Cabrini High School.

Captain Salvator Pizzati donated money to Mother Cabrini to build the historic building. In 1959 the structure became part of Cabrini High School. Mother Cabrini’s very own bedroom, which features her bedroom furniture and several of her personal belongings, serves as a precious reminder that her presence is still there.

Captain Pizzati’s sculpture is located on the second floor of the Esplanade building right down the hall from Mother Cabrini’s bedroom.

Captain Salvatore Pizzati, who also donated the first gate to City Park, donated $75,000.00 to Mother Cabrini to open the orphanage in 1904.

New Orleans does not have a statue to honor and educate about the long term battles with Yellow Fever Epidemics that plagued the city for decades.

St. Francis Cabrini recently placed first in New York in a poll for erecting monuments to women who contributed to New York.  We support the petition effort in New Orleans to erect a statue for her where the statue of PGT Beauregard once stood.