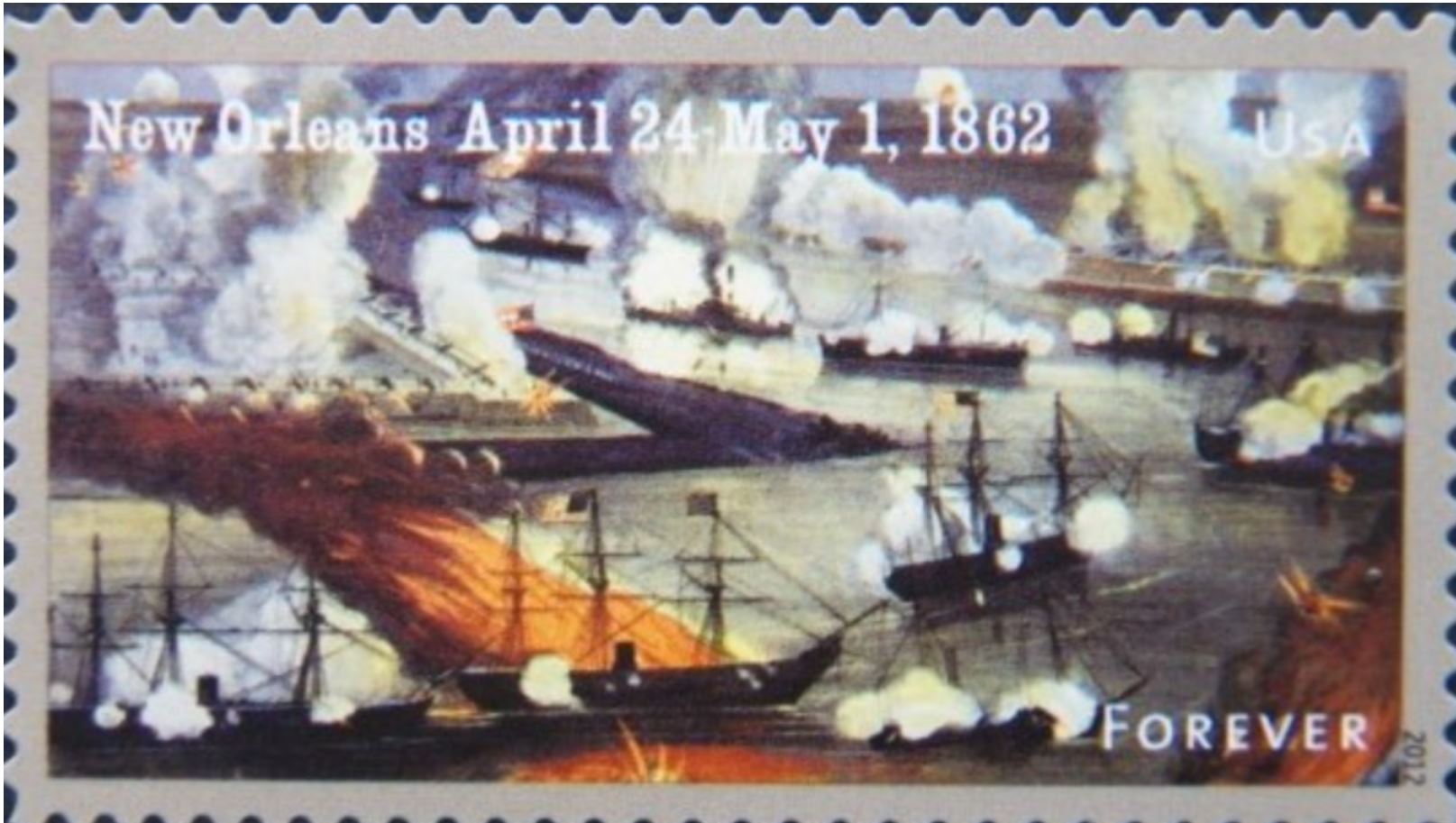 In the middle of the night of April 24, Admiral David Farragut led a fleet of 24 gunboats, 19 mortar boats, and 15,000 soldiers in a daring run past the forts.

Now, the river was open to New Orleans except for the ragtag Confederate fleet. The mighty Union armada plowed right through, sinking eight ships. At New Orleans, Confederate General Mansfield Lovell surveyed his tiny force and realized that resistance was futile.

If he resisted, Lovell told Mayor John Monroe, Farragut would bombard the city and inflict severe damage and casualties. Lovell pulled his troops out of New Orleans and the Yankees began arriving on April 25. The troops could not land until Forts Jackson and St. Phillip were secured.

They surrendered on April 29, and now New Orleans had no protection. Crowds cursed the Yankees as all Confederate flags in the city were lowered and stars and stripes were raised in their place.

Mayor John Monroe turned to the 280 members of Italian Battalion which were part of the 1,300 member European Brigade to protect the city and prevent the fires and looting happening in Algiers.

In April 1862, during the American Civil War, flames arose from the shipyards in Algiers as Confederate officials destroyed property that might benefit the invading Union troops.

Historian John D. Winters, in his The Civil War in Louisiana (1963), notes that the New Orleans populace was “‘amazed and could scarcely realize the awful fact, and ran hither and thither in speechless astonishment.’ . . . Shocked out of their dumb disbelief, many people joined in the destruction. Cotton was rolled from the warehouses, ships loaded with produce were boarded, and fire was set to the lot. Crowds of the city poor broke open warehouses and carried away baskets, bags, and carts spilling over with rice, bacon, sugar, molasses, corn, and other foods.

What they could not carry away they attempted to destroy by dumping in the river, burning, or throwing into the open gutters. A mob broke into the powder and gun factories in the Marine Hospital and carried away rifles and ammunition. The city was a frenzy of disorganized activity.”

A marker has been donated to recognize the efforts of the Italian Brigade. In September 2019 the City of New Orleans was asked to approve a location. As of March 3rd, 2020 there has been no offer of a location.